Governance post-EU exit is a national conversation, and there are radical implications for how environmental governance will be conducted.

Draft clauses for the Environment (Principles and Governance) Bill were published on 19 December. They aim to enshrine environmental principles, including the ‘polluter pays’ and ‘precautionary’ principles, in English law. A new Office for Environmental Protection (OEP) will monitor and report on the Government’s progress towards achieving the objectives and targets set out in the 25 Year Environment Plan (25YEP), which, importantly, will be put on a statutory footing.The OEP will also take on the role currently played by the EU Commission of monitoring the implementation of environmental law by public bodies, and taking enforcement action where needed. It thus has an unprecedented combination of powers and duties. Devolved administrations have been invited to consider whether they want to take a similar approach, to ensure consistency across the UK.

WRAP’s interest is that the OEP will have a responsibility to monitor the Government’s progress towards the objectives and targets in the 25 Year Environment Plan that bear on resources and waste, as well as the legislative elements of the Resources & Waste Strategy. This includes a dizzying list, at present only relevant to England (because waste is a devolved responsibility) but with some potentially extending to the whole UK if the devolved administrations agree:

The OEP will thus have oversight over many areas where WRAP provides evidence, advice and action programmes. So what priorities do we see for this body?

The OEP has the important duty of a requirement to report annually, which, if used well, means that it can have ultimate oversight of the state of the environment in England, and potentially the UK, and communicate that to the public. However, given the long-term nature of some of the targets, it will need to set some interim milestones. At a recent Westminster Forum gathering of Parliamentarians and key stakeholders, the analogy was made again to the five-year carbon budgets that give the UK’s hugely ambitious carbon reduction target – 80% by 2050 – some level of realism. The Environmental Audit Committee put this proposition forward last July, and the idea seems to have had a sympathetic hearing in Government. At WRAP, important targets such as those in The UK Plastics Pact and for food waste, are routinely accompanied by ‘Roadmaps’ or interim targets, showing the stages that must be reached in a given time to deliver the ambition.

Next, the OEP needs the capacity to measure against the milestones. This, as WRAP knows, can be challenging on many fronts. Standards are yet to be established for some of the kinds of data we are talking about, and consistency is key. Also, it is hard to imagine how any of this could be done without the buy-in of businesses, as they hold important data. This will involve agreement on methodologies so that data is comparable, and assurance that it neither compromises commercial confidentiality, nor risks those businesses being accused of anti-competitive behaviour by clubbing together to put other players at a disadvantage. WRAP’s model of collaborative agreements, such as The Courtauld Commitment 2025, The UK Plastics Pact and the Sustainable Clothing Action Plan, has provided a forum to bring businesses together and put data agreements in place, and has had considerable success at demonstrating delivery against targets. But it is painstaking work that has to be undertaken on a regular and consistent basis.

That leads to the third consideration – money. Unless the body is properly resourced, it will be hard for it to do all the data collection it needs, or to enable others to do it. At WRAP, we have successfully deployed public money to do everything from detailed audits of domestic food waste to counting the carbon saved by re-using clothes, to assessing the relative market value of diverse plastic wastes. This has been properly resourced over nearly two decades, and has given us a world-class evidence base and cutting edge insights. However, the data needs refreshing at regular intervals, and we are conscious of gaps. For instance, the domestic recycling targets have resulted in a great deal of evidence about household waste, but the last detailed survey of commercial and industrial waste took place a decade ago.

So – milestones, measurements and money – the three pillars of success, and, in my view, pre-conditions for public and stakeholder confidence. WRAP stands ready to contribute our experience and expertise wherever we can. 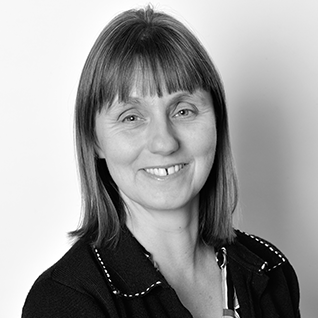