This week – Recycle Week – is always busy for WRAP. This year has been particularly so, as it has coincided with both the publication of the first results of the Food Waste Reduction Roadmap in partnership with IGD and the annual Champions 12.3 gathering in New York.

Just one year since the launch of the Food Waste Reduction Roadmap over 150 UK businesses, representing over half the sector, have committed to Target, Measure, Act on food waste. Over 120 of these businesses have provided us with evidence that they are already targeting, measuring and acting, including all the big supermarkets.  This is a tremendous result and demonstrates WRAP’s unrivalled ability to galvanise the UK’s food and drink sector to fight food waste.

It’s this ability which also lies behind the huge success of this month’s Guardians of Grub Stand Up For Food Month for the hospitality and food service sector, which has gained the support of the UK Government’s Food Surplus and Waste Champion Ben Elliot and big-name chefs including Hugh Fearnley-Whittingstall, Skye Gyngell, Adam Handling, Melissa Hemsley, Ken Hom, Anna Jones and Thomasina Miers.

This is why I was in New York this week to speak to fellow Champions 12.3 – executives from governments, businesses, international organizations, research institutions, farmer groups, and civil society - about WRAP’s work as a key global force in the fight against food waste. I also launched our new programme of work to fight supply chain food waste in Mexico, which is funded by P4G (Partnering for Green Growth and the Global Goals 2030) and follows our Roddenberry Prize-funded work to tackle food waste in Mexico City.

WRAP is recognised as a key global player in the fight against food waste. Our work tackling problem plastics is also gaining international attention. Earlier this month WRAP was in Malaysia for the Environment Minister Yeo Bee’s announcement of the intention to develop a Malaysian Plastics Pact following the model of the world-first UK Plastics Pact. I hope that more plastics pacts will follow in the coming months.

Both the Malaysian Plastics Pact and our work in Mexico demonstrate the way in which WRAP is taking the programmes and skills we have developed in the UK and using them to deliver global change. I am incredibly proud of the way in which WRAP teams have mobilised to respond to changing global needs and deliver results - fast.

I am also proud that we do this by working collaboratively.

The Food Waste Reduction Roadmap, Guardians of Grub, Champions 12.3, the Malaysian Plastics Pact: all have collaboration at their core. It is one of the strengths which make WRAP special, and it’s one which is increasingly in demand around the world.

Talking to my fellow Champions 12.3 this week I know they value collaboration too. I also know that halving food waste by 2030 won’t be easy, but that we can do it if we work collaboratively. 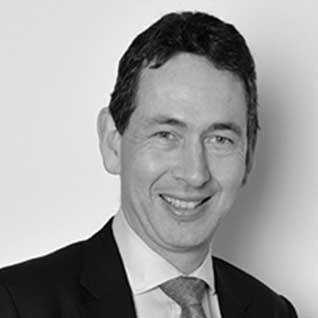