How to make the clothing sector fit for a net zero world?

Before Christmas, I made my pledge to become part of WRAP’s #DonationGeneration. Why? Well, as our Love Your Clothes website says, “Did you know that in the UK around 336,000 tonnes of our unwanted clothing gets thrown away every year? And it’s wreaking havoc on our planet”. To illustrate how bad the problem is, I was recently shown an article in a fashion magazine that praised celebrities’ ‘recycled’ clothes. I assumed the clothes had been bought second-hand or repurposed, but was horrified to find out that the magazine simply meant they had been worn more than once!

If you care about sustainability, donating unwanted clothes to charity makes perfect sense. Joining the Donation Generation takes just three steps: first, take the pledge (done – and it’s really easy), second, start donating clothes (and though I’ve done it before, I’m due another trip to the charity shop), and third, spread the word – which is why I’m writing this piece.

But in the big scheme of things, is donating our clothes going to make a difference? Just before Christmas, I read the headline: “British shoppers are expected to spend £2.4 billion on outfits for their Christmas parties, and one in five will wear the outfit just once”. It reminded me that we are buying more clothes than ever before. It’s depressing to think that some of these outfits may already have been dumped in landfill. On the other hand, I was thrilled to see Dragons’ Den star Deborah Meaden pledge on Twitter last week that she is not going to buy any brand new clothes, shoes or handbags in 2020. If all her 350,000 social media followers were to do the same, that would make a huge difference.

Which brings me to WRAP’s Sustainable Clothing Action Plan (SCAP), our voluntary agreement with the UK clothing sector. We reported recently on how SCAP signatories had performed during 2018. The carbon and water footprints of the clothes we buy in the UK have both decreased significantly since the agreement started in 2012, and we are on track to exceed the 2020 targets that signatories have committed to for both these metrics.

But the waste target has proven harder to budge, and our analysis strongly suggests that it is connected to our increasing consumption of clothes. Donating more of our clothes, and so keeping them out of landfill or incineration, can help to address this. We will therefore be working hard with our partners in SCAP right up to the end of the agreement in December 2020 to capture every possible tonne of clothing for reuse or recycling.

Looking further ahead, what will the next decade bring?

One thing’s for sure: concern around the environmental impact of clothing and textiles isn’t going to go away. The Environmental Audit Committee raised some very clear concerns about the damage caused by fast fashion in their ‘Fixing Fashion’ report just under a year ago.

The UK Government’s decision to implement a legally binding net zero target has focused many businesses’ minds on their greenhouse gas emissions. This is a huge issue for the clothing sector, given the large carbon impact of fabric and garment production. After all, the household GHG footprint of the clothes we buy in the UK is equivalent to driving a car 6000 miles.

But concern isn’t restricted to the UK. At the UN climate conference in Poland in December 2018, a global coalition of fashion companies signed a climate charter which commits them to cutting their aggregate greenhouse gas emissions by 30% by 2030. Now, WRAP prides itself on staying focused: working on the key resource sectors with the biggest environmental impacts, including food, plastics – and clothing. Our own evidence base, allied to our engagement with stakeholders, clearly suggests that we can’t just stop our work on textiles at the end of this year, when the current SCAP agreement runs out. I certainly have been encouraged that leading fast fashion brands Boohoo, Mint Velvet and Urban Outfitters have joined SCAP. They are keen to get to grips with how they can best contribute to cross-industry action.

So, what might a successor to SCAP look like? We have been discussing this question with the signatories to the current agreement, as well as the wider sector, and have come to some early conclusions – although several important questions still remain.

It’s clear that any new agreement will need to focus on tackling climate change, taking account of the fashion industry’s climate charter agreed at the UN a year ago. At the same time, carbon isn’t the only problem, and we’d also like to address the issue of over-consumption of the planet’s limited resources.

One way to tackle the paradigm of ever higher consumption of clothing, while still enabling us all to maintain and enhance our standard of living, will be to introduce much greater circularity to the sector, keeping clothes and the materials they are made from in use for longer. Key to this is the adoption of circular business models, such as leasing and clothing as a service rather than a product, as well as improving durability.

Even so, clothes will eventually come to the end of their first lives. We need to deal with this much better, by encouraging more people to donate to charity, as well as through much higher levels of repair and reuse of clothing. Then, when clothes are no longer fit for use, and given the recent tightening of the export markets they used to be sent to, we will need much more UK-based infrastructure to recycle and reprocess them, along with the market development necessary to enable textile waste to be made into new, high value products.

That leaves several questions. What should the scope and coverage of a new agreement be? Should it extend beyond clothing to other forms of textiles? Should such an agreement explicitly aim to promote product innovation? And how should it interact with government policy – a timely issue, given that the UK Government’s Resources and Waste Strategy committed to consulting on the potential introduction of an Extended Producer Responsibility scheme for textiles in the next few years. And finally, how would national action in the UK fit within global frameworks?

There’s clearly a huge agenda to be tackled. I’m looking forward to discussing it with the sector, as we work out how best to continue our collaborative efforts into the third decade of the twenty first century. In the meantime, though, I’ve got a bag of clothes I need to take to the charity shop. I hope you’ll join me, on both journeys. 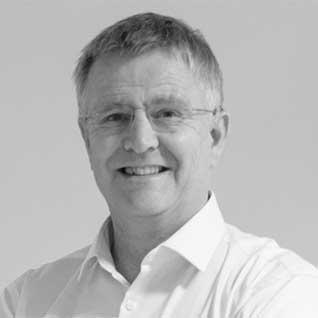