Hitting the right targets in the Environment Bill

In mid-August, Defra published an important paper, setting out its initial proposals for the legally-binding, long-term environmental targets it intends to include in the Environment Bill. These are a vital element in the UK’s transition from EU Member State to independent country, ensuring that we continue to uphold high environmental standards after we leave the European Union.

The paper set out targets in four policy areas: air quality, biodiversity, water, and ‘resource efficiency and waste reduction’. Given WRAP’s focus, it’s the fourth of these that I’m most interested in.

We fully support these two targets. But we think that adding a couple more could help the resources & waste sector to maximise its contribution to the Government’s environmental objectives, and help the UK to Build Back Better at the same time – a topic on which we recently published a set of recommendations[1]. The two extra targets we would like to propose are:

To understand why these are needed, let’s go back a couple of years to December 2018, when the UK Government published its Resources and Waste Strategy, setting out an ambitious and radical plan for driving reform on this agenda. The Strategy was spearheaded by the then-Environment Secretary Michael Gove. He set out his vision in a Ministerial Foreword to the Strategy, where he said that his goals were ‘to move to a more circular economy’ and ‘to maximise the value of the resources we use, minimise the waste we create, cut emissions and help create a cleaner, greener, healthier planet.’ These are goals that WRAP absolutely agrees with.

The two targets that Defra have proposed cover some, but not all, of these goals. Our proposal would create a more balanced scorecard which covers all of them.

If our goal is to move to a more circular economy, how will we know if we are succeeding unless we develop an indicator or target for circularity?

In our view, increasing resource productivity and reducing residual waste are both necessary ingredients in building a more circular economy, but they are not sufficient. It is possible to do both while the economy remains fundamentally linear in character.

Creating a genuinely circular economy requires more radical transformation (e.g. through ecodesign, waste prevention and adoption of circular business models), and our targets need to be able to capture and measure this.

We recognise that developing a circularity indicator is far from trivial. However, we are aware of two existing indicators that could provide an early starting point for any UK work:

An emissions reduction target – in the context of net zero

The UK Government has legislated to reach net zero greenhouse gas emissions by 2050. If we are to meet this extremely demanding target across the whole economy, it is clearly vital that every sector of the economy makes a fair contribution. Increasing resource productivity and reducing residual waste are both likely to cut greenhouse gas emissions. However, there is no obvious reason why, in and of themselves, they should ensure that the resources & waste sector is on a path to net zero.

We believe that we can only ensure that this sector makes its fair contribution to achieving the net zero target if we develop a carbon metric for the sector and set a target of net zero against which we can measure progress.

In this context, it’s important to recognise the surprisingly untapped ability of our sector to reduce UK industrial emissions and increase circularity. For example, although the UK produces 7 million tonnes of steel each year, virtually none of this is from post-use scrap. Most scrap steel is exported, and with it the opportunity for lower manufacturing emissions, as lower energy and process emissions are associated with the use of recyclate rather than virgin material. The sector is an enabler of emission reductions (and increased circularity) elsewhere in the economy, with significant potential. An indicator and target would enable us to demonstrate this.

In conclusion, although we very much welcome the two targets that have already been proposed for the resource efficiency and waste reduction policy area under the Environment Bill, and see them as absolutely necessary, we do not think they are sufficient, on their own, to fully reflect the stated goals of the Resources & Waste Strategy, particularly in the context of the UK Government’s wider net zero ambitions.

We would therefore like the two targets that have been proposed by Defra to be supplemented by two more: one to increase the circularity of the UK economy, and the other to monitor the progress of the resources & waste sector towards net zero.

We have shared these ideas with our colleagues at Defra, and look forward to discussing the issue with them further as they develop this vital new legislation. In the meantime, we’d love to hear what other stakeholders think. 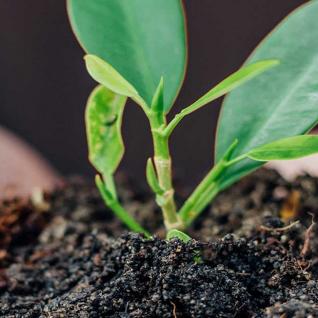