A landmark report produced by the United Nations Environment Programme (UNEP) in collaboration with WRAP has shed a light on the true scale and prevalence on global food waste. Here the co-authors Dr Tom Quested and Hamish Forbes at WRAP and Clementine O’Connor at UNEP talk about the importance of their findings and their optimism for a meaningful solution to a problem we can no longer ignore.

We recently unveiled the sobering findings of our exploration of global food waste that the United Nations Environment Programme (UNEP) and WRAP jointly conducted. It’s a journey in which we delved into data from all corners of the globe. In doing so, we shed a light on the scale of wasted food and unearthed some startling revelations that challenged previous assumptions about it being the preserve of the prosperous. We believe our findings and accompanying roadmap are significant enough to herald a turning point in the global fight against this pervasive problem.

The work was published recently in the UNEP Food Waste Index Report 2021 – the most comprehensive food waste data collection, analysis and modelling to date. The headline-grabbing finding was that a staggering 931 million tonnes from households, retail and food service is thrown away every year. To put this into context, it is one-sixth of all food available for consumption, enough to fill 23 million 40-tonne trucks which would circle the Earth seven times. Even after many years of researching food waste, this was a figure which stopped us in our tracks and was sadly much bigger than previously estimated. It isn’t just an abstract number –  it represents valuable food that is being squandered and not fulfilling the purpose for which it was grown. 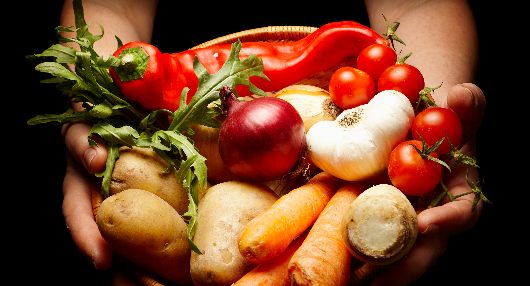 This is food left uneaten in a world where 690 million people go hungry. A world in which the food systems account for a quarter of humanity’s greenhouse gas emissions. A world where food production takes up half of the world’s habitable land. Food waste generates all of the environmental impacts of food production without any of the benefits of feeding people. In the context of the climate and nature emergencies, and the scourge of global hunger, recalibrating our global food system is an absolute imperative.

However, the magnitude of food waste also means that there are substantial opportunities: tackling this issue can be a triple-win - economic, social, and environmental. In recognition of this, UN Sustainable Development Goal 12.3 (SDG 12.3) commits the world to halving food waste by 2030. Yet whilst there have been pockets of progress, it has not been given nearly enough attention around the world, and its contribution to protecting our planet has been under-appreciated.

This is partly because we are still uncovering the scale and nature of food waste. Previous global food waste estimates for retail, food service and households have relied upon data from a handful of countries. Most governments did not have even basic food waste data to make the case to act or to prioritise their efforts.

A substantial issue in almost all countries

The UNEP Food Waste Index Report 2021 represents progress. We scoured hundreds of studies and data sources to unearth data from 54 countries where food waste has been measured directly. We were guided in our search by colleagues in the international food waste research community, who helped us to find obscure (to us, at least) research studies and databases of waste data. A satisfying aspect of this stage of the study was repurposing data that had not been collected with food waste in mind: studies aimed at helping countries or cities improve their waste and recycling services, often had estimates of food waste hidden away within them.

Having data for household food waste from a wide range of countries means that the global estimate for household food waste is relatively robust. However, we also found substantial evidence gaps. There was less data for the retail and food service sectors, and it was concentrated in high-income countries. Therefore, the data we held was not fully representative of the range of nations around the world. As these sectors operate in different ways around the world – for instance, retail is less formalised with less refrigeration in lower-income countries – this means the estimates for these sectors have a higher degree of uncertainty compared to the household estimates.

We found only a handful of studies that described the types of food that are wasted, and the extent to which the food waste in different settings is made up of edible parts, the wasted food, as opposed to inedible parts such as eggshells and bones. This is an important evidence gap to fill.

So, what next for nations and organisations working to minimise the amount of food being wasted?

Some countries are having difficulties finding the resources to understand the scale of the food waste issue within their borders. It can become a Catch-22 situation – funding is often dependent on there being a known issue of substantial scale, but without the funding to measure food waste, how can you know the scale of the issue? This is where the UNEP Food Waste Index Report 2021 can help. For each nation in the world, it contains three estimates of food waste – one for each of the three sectors: retail, food service and household. For countries lacking studies, these estimates are only approximate, but they do provide an indication of what the scale may be – breaking the cycle of inaction described above. This information may allow funding to become available for more accurate measurements to occur, providing valuable information for developing a strategy while also allowing progress on SDG 12.3 to be tracked.

The UNEP Food Waste Index Report 2021 also provides guidance for all countries to measure their food waste in an accurate and consistent manner. By adopting this guidance, countries will not only be able to track SDG 12.3, but also make meaningful comparisons between countries. Incomparability has historically been a stumbling block in building a picture of global food waste, but the UNEP Food Waste Index Report 2021 sets the foundations to overcome that.

To implement this guidance, UNEP, with support from WRAP, is convening Regional Food Waste Working Groups to provide capacity building, peer support and training to participating Member States in measuring food waste, developing a national baseline and designing national strategies for food waste prevention. In addition, game-changing solutions to food waste will be co-created through the UN Food Systems Summit.

We hope that, when we and other researchers come to analyse global food-waste data in future, we will find a wealth of data across the globe for all three sectors: data sufficiently robust for global trends to be tracked and for us to understand which countries are making good progress and what can we learn from them.

Measurement is only part of the picture. We also need to make substantive changes to our food systems to minimise the amount of our valuable food that gets wasted. Awareness of the issue and how it links to our climate and nature can and should be raised: this was the focus of WRAP's recent Food Waste Action Week in the United Kingdom. And we need to go beyond awareness, to ‘design out’ waste from our food systems: making it more difficult for food to be wasted. This means ensuring that actors across the supply chain – governments, businesses, citizens – are working towards this common goal.

The scale of the issue is large – larger than previously thought – but change is possible. A small number of countries that have been working on food waste for the last few years have seen substantial reductions in the amounts wasted, not least in their household food waste.

By measuring food waste using the guidance in the UNEP Food Waste Index Report 2021  and working together to tackle it, positive progress is possible on a global scale. This is important so that we make the best use of the food we produce: for the climate, for nature and for humanity.