It is Recycle Week, so what better time could there be to announce that WRAPs citizen behaviour change team have created a behavioural nudge proven to increase household recycling – an impressive 7%1 increase in stated recycling behaviour!

The intervention was born out of the insight that one in three people who regularly purchase bathroom plastics at least occasionally put bathroom plastics in their household rubbish when they could have been recycled. Using the principles of right time, right place, increased pressure and a focus on what people do WRAP set about designing a mechanism for delivering motivation, at the right time, that would then encourage people to recycle bathroom plastics more often.

With these principle in mind WRAPs behaviour change team designed the intervention using three key behavioural tools; Social Norms, Salience and Prompts and set about creating an intervention that would dramatically increase the prominence of recycling messaging, with a front of pack motivational message to nudge people to recycle their bathroom plastics. The challenge was big, but the solution was simple – a sticker designed to be placed front of pack that simply read ‘’Most people recycle me’’ with the important addition of the Recycle Now Swoosh, a symbol which most people recognise as implying recyclability.

WRAP had a prototype to test and teamed up with Boots and Unilever to pilot the sticker. The trial made use of a Radox product and Boots’ online consumer panel. Boots programmed and administered the trial, while the WRAPs Policy and Insights team oversaw the design of the trial and the analysis of the intervention. The study used a quasi-experimental approach with a 4,000 strong sample of participants. The sample split evenly into two groups: treatment and control. Both groups received the same product to test, but the bottle issued to the treatment group (also referred to as the sticker group) had a sticker added to encourage recycling.

The result of the trail was definitive, those that received the stickered bottle were significantly more likely, when compared to the treatment group, to have stated that they recycled the bottle. What’s more an uplift in recycling rate pre to post trial was only observed in the sticker group – this increased from 84% to 90%, proving a change in behaviour in the sticker group. The post-trial survey also found that these results could be attributed to the presence of the label on the bottle. When asked why they had decided the recycle the bottle, people that did not usually recycle shower gel bottles made a clear reference to the presence of the label.

Inspired by this success, WRAPs behaviour change experts designed a host of messages and images drawing on a range of motivational hooks including social norms, protecting nature and the environment, and personification. These messages and creative approaches were tested with a sample of over 4,000 UK citizens.

The results showed that while some where almost universally effective others resonated more or less depending on a range of sociodemographic factors. Based on these findings WRAP have developed a message matrix that will enable brands and retailers to select the message and creative approach that best fits their image and that resonates with their target audience.

If you are a brand or retailer that is on a mission to increase the likelihood that the packaging that you place on the market is recycled and want to find out more about how you can use WRAPs proven behavioural nudge then do not hesitate in contact us.

1 This is a significant difference at the 99% confidence level and is evidence of the positive impact of the sticker on recycling behaviour. 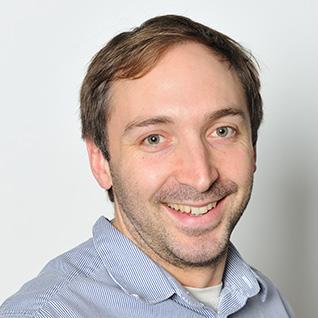 Recycling: Now is not the time to take our foot off the gas Bags for Life: Or are they?