Dr Richard Swannell, International Director of WRAP, is one of the leading experts on food system transformation in the world. He is part of our delegation at COP26 and will be speaking in several forums.

Before he headed off for Glasgow, Richard reflected on why he believes food system transformation should be a key weapon in the fight against climate change. 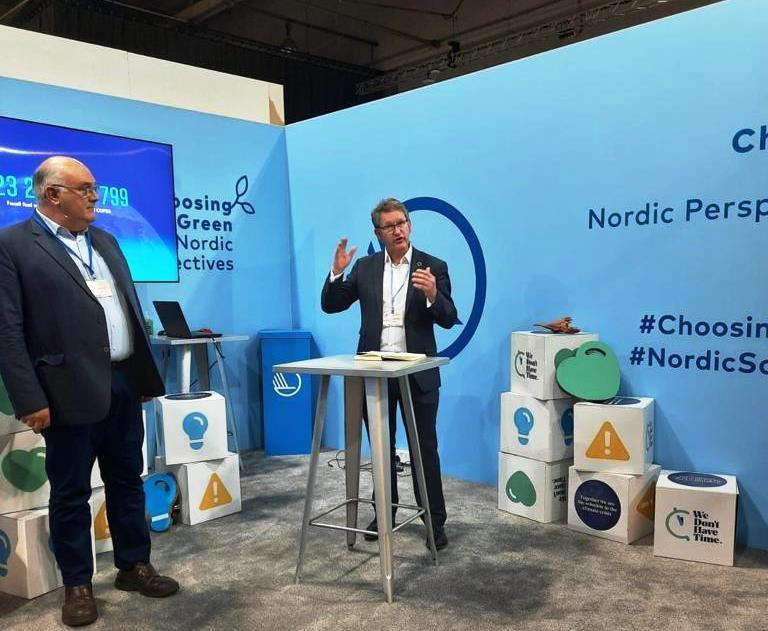 Why is WRAP focusing increasingly on the food system internationally?

For many years now WRAP has been shining a light on the inequities in our food system, and now the issues are starker than ever. As one of the main causes of deforestation, biodiversity and water scarcity, we can all see that the global food system is feeding climate change.

Whilst there is a very legitimate focus on energy – we can see its prominence at COP26 – we cannot afford to miss this opportunity to transform the food system.  If we can fix this, it will be a powerful weapon in the fight against climate change and make the world a healthier and more equitable place.

There is an increasing focus on food system transformation as a result of the UN Sustainable Development Goals, and the UN Food Systems Summit in September. We hope to see more Initiatives at COP26 aligning with this agenda. I believe the political awareness of the need to change is emerging in a way I have not seen before. And that is what galvanises me every day. 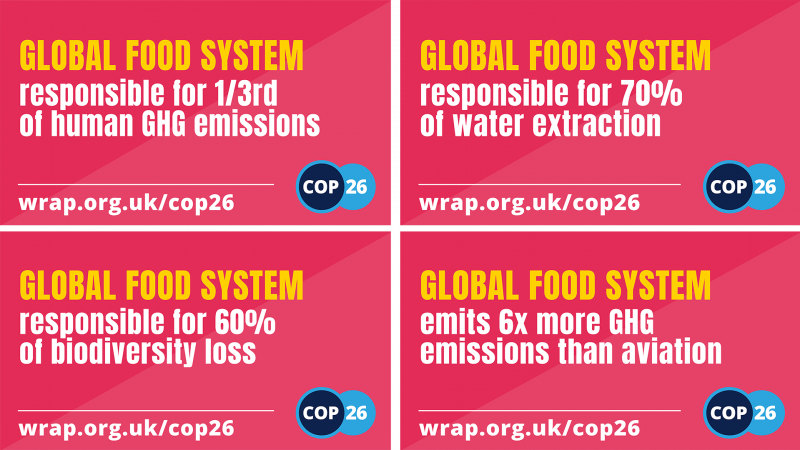 How did it get to this point? These flaws seem to be staring us in the face. The global food system is a miracle and at the same time a calamity.

When we think of tackling climate change, we think of renewable energy, electric cars, and increasingly air source heat pumps, but we rarely think of the impact of the food we eat. In the food business, measuring the full scale of the impact of products is still a work in progress, but there are increasing areas of clarity. For example, the true cost of food waste – cultivating, growing, transporting, storing it, preparing it – is more than 10 times the cost of disposal. And then if wasted we pay for it to be transported either to a recycling facility or a landfill where it decays producing more greenhouse gas emissions, such as methane- a strong focus at COP26.

We’ve found that many businesses have a ‘lightbulb’ moment when they actually measure the impact of food waste; it’s a revelation. Which is why measurement of emissions and waste are so crucial to forcing us to confront the reality.

So, what is the business case for tackling food waste?

Of course, businesses need to factor in their bottom line when considering future direction. So, with the World Resources Institute, we set out to provide clear evidence that investing in food waste reduction in an operation is a win-win strategy. I think even we were surprised by the results.

The series of reports that we produced across the food system supply chain showed that most businesses were getting a 7-14-fold return on investment; showing that the financial benefits of taking action often significantly outweighs the costs. These savings could then be re-invested in other technologies to drive greenhouse gas emissions reductions from the food system further. Many of the food waste savings were made from relatively simple changes – measuring being key, but also training staff, improving inventories, changing packaging. What business could afford to ignore such findings? 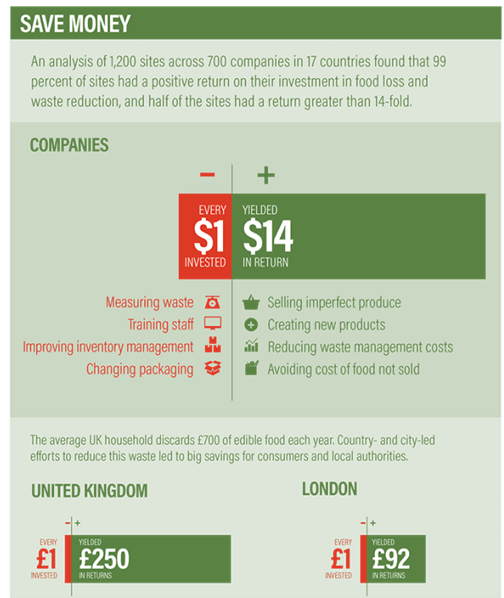 How can this be scaled up?

Collaboration is absolutely key – everyone pulling together towards the same goal.

One way is a voluntary agreement (VA) approach can be so effective, as we have proved in the UK with the Courtauld Commitment and the Food Waste Reduction Roadmap, and now in a growing number of countries worldwide. These work by bringing as much of the sector as you possibly can in terms of sales and committing them to a ‘Target, Measure, Act’ approach. Targets aimed at achieving the right changes – reducing greenhouse gases (GHGs), tackling food waste, water scarcity, which collectively begin to tackle the biggest environmental impacts of the food system.

It also helps to drive innovation and, crucially providing the right environment to attract investors.

Critics often argue that because these agreements are voluntary, they are therefore flawed, and will never be a substitute for legislation?

The role of governments is a really important part of the solution, and we expect them to play their part. We are working   around the world in countries including Germany, South Africa, Mexico, USA, Indonesia and in the UK. In all we have helped to design voluntary agreements to be closely aligned to the policy landscape and priorities of the governments and State authorities in those countries. In some it might be greenhouse gas emissions, in others about reducing food loss on farms, creation of employment, or tackling water scarcity, so we adapt the approach to help tackle those priorities.

At the end of the day neither approach works best in isolation. Ideally, they work to complement each other. This approach is what helped the UK reduce edible food waste, across the supply chain by 27% or 1.7 Mt/year.

What about citizens? This is where the biggest changes need to be made, isn’t it?

Indeed, this is the final, and critical part of the jigsaw. We as citizens waste a lot of food in and out of the home.  Research shows that people throw away around the average human body weight in food every year.  And it happens across the world according to work done by the UN Environment Programme co-authored by WRAP. Citizen behaviour campaigns, such as for example WRAP’s Love Food Hate Waste Campaign in the UK, working alongside the Courtauld Commitment, has helped citizens reduce food waste by 31%. This approach is also being used in at least 5 other countries around the world, and we hope many others will also find using Love Food Hate Waste as a rapid and cost-effective way of helping citizens reduce food waste. .

Businesses and governments definitely have a role, to make it as easy as possible for citizens to play their part in a more sustainable food system. To help them shift to a more sustainable and healthy diet, to help them reduce food waste in their own homes. We know through our own work with Love Food Hate Waste that this is no easy task. But when you delve more deeply into who is wasting food, and why, you can design targeted interventions that help. 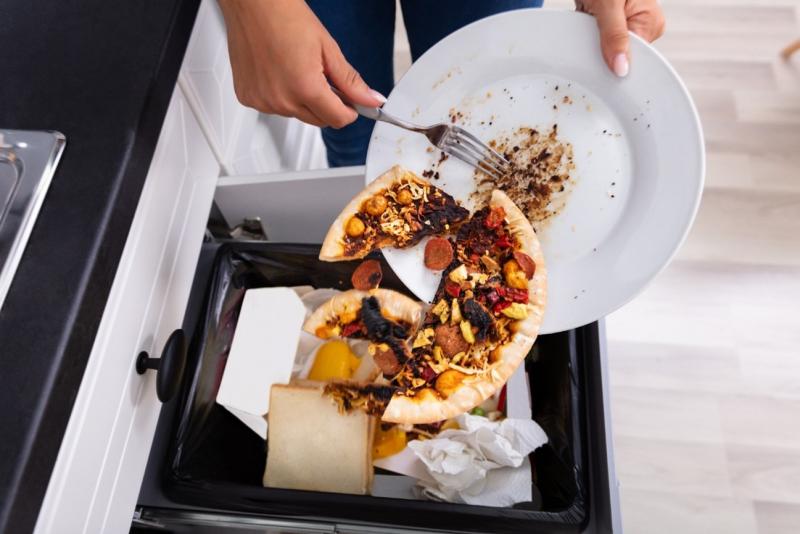 Food is such an integral part of our cultural identity. I imagine it’s important to factor this in when supporting a country to design a plan?

Yes, our relationship with food is complex and intricately woven into our societies. Both in the home and as part of our shared social experience. It’s really important that when we work with our partners on the ground that we listen to their knowledge about their own culture and what they know will work, and design programmes around that.

I have learned more about this over recent years. In China, for example, there was a huge amount of waste in restaurants because it is considered polite for food to be left at the end of a banquet and this is being actively tackled by the Chinese Government. In the Middle East the whole culture is very strongly built around showing your guests abundance and generosity. So, for example, in Saudi Arabia we helped to design a campaign which was about how to make the best from leftovers.

Tell me about the latest of those programmes in Australia?

The Australian Food Pact launched recently by Stop Food Waste Australia and the Fight Food Waste Australia Cooperative Research Centre. It was the culmination of many months of work – during Covid I might add – with my colleagues at WRAP and local partners. The Pact is one of the tools the Australian Government is using to help reach its ambitious target of halving food waste by 2030. Currently the amount of food waste in the country would fill the Melbourne Cricket Ground to the brim almost nine times over!

The addition of Australia means we now have a food waste pact on every continent bar Antarctica – that's truly something special and tells us not only how important this work is, but also the impact we’re having and will continue to have. Hopefully this Pact will also drive interest in this approach across the Asia-Pacific region.

Our global reach is definitely growing. You’ve been working in the food sphere for many years. Does this growth fuel your optimism?

I’ve always been optimistic. Because the human race has valued and looked after food for much of human history. Everything from preservation like jams and chutneys, so that you know you can preserve through the winter in the absence of refrigeration. Curing processes; drying processes. Preserving grapes to make wine, barley into beer. And I think we can do this again in the 21st century.

I feel a change in the zeitgeist; a momentum building like never before. The stars are all aligned to make this shift and we have just a short window to make dramatic changes. But the positive thing is we know what to do; and the collective will is there. So yes, I am an unremitting optimist. That’s what drives me on. It’s not going to be easy. I genuinely believe we are ready and able to make the changes which will restore our own health and that of our planet. That is the message I will be pushing at every opportunity during COP26.

Richard will be speaking at the Pacific Coast Food Waste Commitment event - Public-Private Partnership to reduce food waste along the West coast of North America – in the ‘America is All In’ Pavilion in the blue zone at COP26. 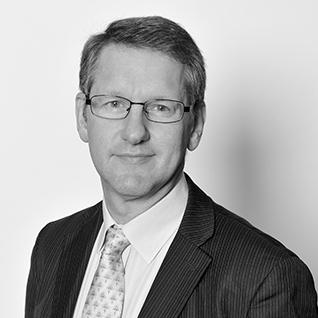