Combat Climate Change and “Step It Up” this Recycle Week

This year Recycle Now welcomes a celebrity ambassador to front Recycle Week and is delighted to be working with TV Presenter and Invictus Games Medallist JJ Chalmers for the national campaign. 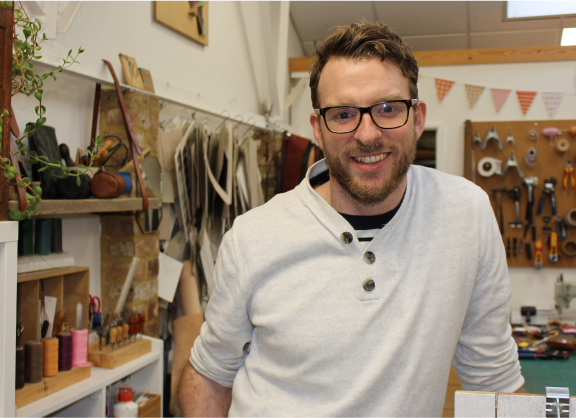 JJ is a keen environmentalist and is partnering with Recycle Now to inspire the nation to ‘Step It Up’ in the fight against climate change. JJ Chalmers said, “I’m thrilled to be part of this year’s campaign. I’m passionate about the environment and how we can battle climate change. I am delighted to be working with the Recycle Now team on what has become a really important week of action across the UK.  I really want to encourage people to look at what they are doing and how they can Step It Up and do even more… even better.”

Every year Recycle Week unites retailers, brands, waste management companies, trade associations, national & local governments and the media to focus on how recycling can play a part in limiting the pressure we put on the planet through our use of natural resources.

This year the campaign is focusing on climate change and how by doing the simple act of recycling we can all help make a huge difference to our planet. Recycle Now is asking the nation to ‘Step It Up’ and be more effective recyclers by checking items a little closer.

The call comes after the brand’s latest Tracker Survey showed that while we are now very much a nation of recyclers with 9 out of 10 people recycling, still, some 55% of households put items in the general rubbish that could be recycled.

Common errors include foil, aerosols, and plastic toiletry (shampoo and conditioner bottles), plastic trays and cleaning and bleach bottles. This, say Recycle Now, is where we need to Step It Up!

Sarah Clayton, Head of Citizen Behaviour Change, WRAP “Now more than ever it’s vital we do everything we can to protect our planet and go that extra mile. Most of us recycle, but we need to do more to combat climate change. We need people to look at what they are putting in their bins and ensure they’re the right things. It all adds up. The UK’s current recycling saves 18 million tonnes of C02 every year, which is the same as taking 12 million cars off the road.

We can all help fight climate change by recycling and keeping these items circulating again, and again…”

To drive home the message, Recycle Now is taking to the streets in another first for the campaign with three striking murals set to appear on prominent buildings in London, Newcastle and Belfast.

Each has been created by a local artist and is their interpretation of the ‘Step It Up’ theme. The artworks have been created using Ambient Pro paint, which absorbs CO2 and cleans the air of other toxins.

Local councils, businesses and other organisations are joining in with a range of activities to highlight the importance of recycling. For the second year running major brands are putting their support/backing behind the Week by donating to help fund it including: - Amazon, British Soft Drinks Association, Britvic, Coca-Cola, Coop, Danone, innocent drinks, Listerine, McDonald’s, The Natural Source Waters Association, Ocado, PepsiCo, Prevented Ocean Plastic, and Waitrose and Partners UK.

Everyone – organisations and individuals - can support Recycle Week 2021 by using #RecycleWeek on social media.

​​​​​If you would like any further information or to arrange an interview with JJ Chalmers, please contact Rachel Avery [email protected],  07540513407