Employment and the Circular Economy

In January 2015, WRAP and the environmental think tank Green Alliance jointly published the research report ‘Employment and the Circular Economy’

This report modelled three scenarios (business as usual, modest increase in circularity, and a rapid transformation towards a circular economy). The activities that qualified as being part of a circular economy included reuse, repair and remanufacturing; closed and open loop recycling; biorefining; and circular business models.

Under the central scenario, the report estimated that by 2030, over 200,000 new jobs would be created, reducing unemployment by around 54,000. The new jobs would offset around 11% of predicted future losses in skilled employment.

On the other hand, if the transformational path was followed, the benefits could potentially be increased to 500,000 new jobs, a reduction in unemployment of over 100,000, and an offset of around 18% of the predicted loss of skilled labour. 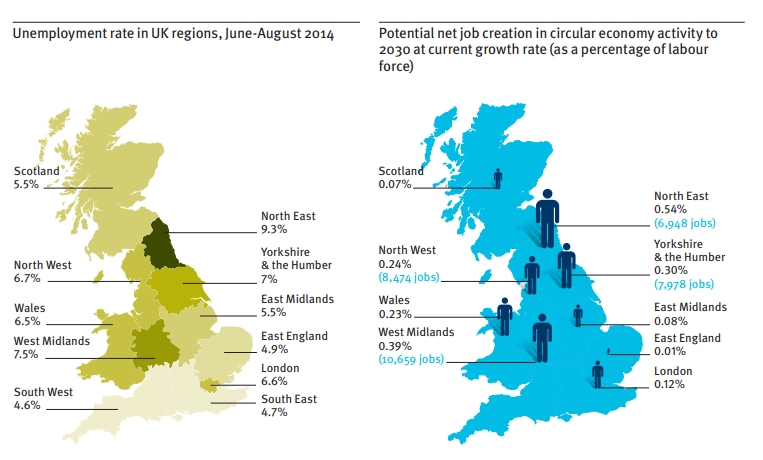