This report presents key highlights from the recycling section of the 2015 3Rs tracking survey that have implications for recycling practices and communications.

The 3Rs survey has been a staple of WRAP’s research portfolio for nearly a decade, initially focusing on recycling (the Recycle Now survey), and expanding in recent years to also cover re-use and repair (the 3Rs).

The survey was undertaken online between 27th February and 13th March 2015 by Icaro. Respondents were part of online panels1 across the four UK nations.

The UK sample overall is representative of the target audience, i.e. adults aged 18+ who passed the initial filter of being at least jointly responsible for waste and recycling in the household. Nationally representative quotas were set on age within gender, region within nation and work status to ensure a representative sample were given the opportunity to answer this filter question. 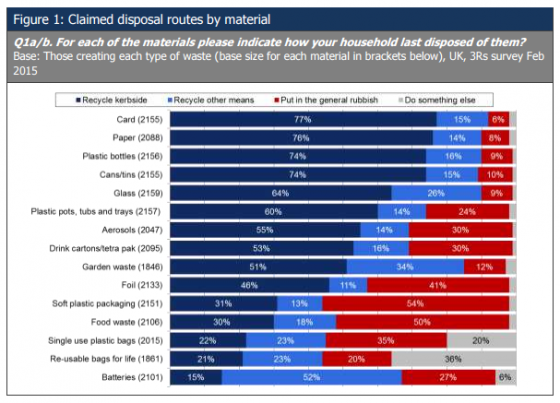