Feeding the world, nurturing the planet: We need to do both

The correlation between fixing our dysfunctional, unsustainable and inequitable food system and tackling climate change is clear. In fact, it has become one of the pressing issues of our time. How are we going to feed and nourish a growing population, encourage economic development and tackle climate change at the same time?

I’m encouraged to see that the message of this year’s World Food Day is the need to focus not only on tackling hunger, but on producing the right kind of food which keeps people nourished and healthy, while nurturing the planet at the same time. We simply cannot afford to trade one goal off against another.

According to the recent landmark report from the Intergovernmental Planet on Climate Change, agriculture, forestry and other types of land use account for 23% of human greenhouse gas emissions. Agricultural emissions alone are the second highest behind the energy sector.

Worryingly, the Food and Agriculture Organisation of the UN (FAO) predicts that the environmental damage caused by the food system could increase a staggering 50-90% due to the increased consumption of processed foods, meat and other animal source foods in low and middle-income countries.

From the other side, this environmental damage in the form of climate change threatens not only the quantity of crop yields, but also their quality or nutritional value. This is important when we consider that, according to FAO, obesity is estimated to affect over 670 million adults worldwide, costing the health system an estimated two trillion dollars, and in parallel billions of people lack the essential nutrients they need to lead an active and healthy life.

There is a powerful consensus from the IPCC, UNFAO, the World Bank and others, that when fixing the global food system, sustainability must be at the heart of every intervention.

It also must be done across the supply chain and involve businesses, governments and all of us as citizens. We all have a vital role play.

The scale of global food loss and waste is colossal and shocking. It is a level of inefficiency I can’t imagine being tolerated in any other supply chain.

Nearly one third of the food the world produces goes uneaten. This is worth $940 billion to the global economy. Food waste emits 8% of planet-warming greenhouse gases. If it were a country it would be third biggest emitter behind China and the USA.

How can this happen?

The reasons across the food supply chain varies by region of the world. For example, wasted food at the point of consumption in homes and restaurants appears to be a hotspot in high-income regions, whereas losses during production, distribution and processing often occur in lower-income regions.

There are also a whole range of underlying managerial, behavioural and structural drivers such as poor infrastructure and procurement practices, climate, lack of skills and knowledge; all of which can impact on the supply chain.

So, in considering interventions we must understand these root causes and make targeted and appropriate action which tackles these bottlenecks. This is beginning to happen around the world.

For example, a report from the World Bank and WRAP this year looked specifically at food loss and waste in Mexico. It established for the first time the main causes for the estimated 20 million tonnes of food loss and waste in the country, which represents over 35% of total food produced and worth $25 billion. This is against a backdrop of 24 million people in the country who are food insecure.

WRAP is now working with partners to tackle this, with one important focus being on recovering surplus produce for those in need.

Not only in Mexico, but around the world, redistribution of food which could have been wasted to those in need is clearly a vital intervention and we must ensure that policies are in place which encourage and reduce barriers to enabling safe but unused food to find its way to those who need it.

Tackling food loss and waste has been an underappreciated strategy for tackling so much more of our global agenda.

Successfully halving food loss and waste would close the gap between food needed in 2050 and food available in 2010 by more than 20%. It would avoid the need to convert an area the size of Argentina into agricultural land. And it would lower greenhouse gas emissions by 1.5 gigatons per year by 2050, an amount more than the current energy- and industry-related emissions of Japan.

Despite good progress, much more must be done and faster if we are to meet our SDG Target 12.3 commitments and beyond.

The World Resources Institute, with contributions from my WRAP colleagues, recently produced a landmark Global Action Agenda. It builds on the ‘Target, Measure, Act’ principles and offers clear and effective steps for each type of actor in the food supply chain, as well as highlighting 10 recommended interventions which would tackle the issue across the entire supply chain, target particular hotspots and help set the wider policy and financial landscape that are critical for success.

Most are technically possible, or within the gift of policy makers. Through providing the right kind of support and through collaboration and commitment, I believe we can tackle this problem.

I think we can find a way of joining efforts and tackling the challenge of changing our food system through an interdependent set of solutions. From how we engineer the production of food so that it delivers the nutrients we need, to how we reduce loss and waste across the supply chain, and in the home, to how we divert as much surplus food as possible to those who need it.

The good news is I have detected a discernible shift in awareness and urgency to take on the challenge. But, as was driven home when we met in New York recently for the annual meeting of the Champions 12.3 network, we must go further and faster.

We can do this by combining new government policies, collaborative business action, and reducing waste in our own homes, to galvanise an unstoppable force for change.

The challenge on World Food Day is to prioritise tackling food loss and waste around the world for the benefit, of people, our prosperity, and crucially, our planet. 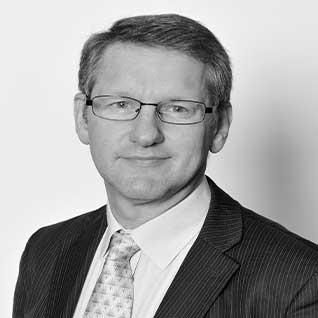