How we can protect women by transforming the global food system

Climate change is bringing with it a host of new, rapidly developing challenges. However, amongst these, the ‘old’ issues persist, and in some cases are even exacerbated by climate change. One of these is gender inequality.

In some parts of the world, women are vastly over-represented in the food system. Worldwide stats place women as being responsible for between 50 and 80% of food production, but these numbers largely omit any unpaid labour. Taking this into account, the proportion of women is likely to be much higher in regions like the Caribbean, Pacific nations, Latin America, and the Near East.

From sourcing water miles from home to physically cultivating the crops, women of the world are more typically charged with the “more time-consuming and labour-intensive tasks” than men. This means that, when climate change wreaks havoc on the food system (as it is already doing), women bear the brunt of the impacts.

Climate change and the food system is not inherently a gender issue, but the way it disproportionately affects women makes it one. These labour-intensive tasks which women take on more often – weeding, sowing, harvesting – are all the ones which become more difficult when soil degradation occurs, when water sources are further away, and when local ecosystems are removed to plant monocultures.

Making this work even more challenging further cements the inequalities of the world. Women and girls are already at an educational disadvantage (and the links between poverty and education are well-established). If the agricultural work becomes harder and more time-intensive, it is more likely that girls will be taken out of school to put in the extra hours. Less time in education also denies women the opportunity to access different roles in the system: developing technologies, creating new ways of working, and improving efficiency.

The FAO talks about a phenomenon called the ‘feminization’ of agriculture: the increasing proportion of women involved in the food system, particularly in Africa. However, the rate of female land ownership does not equal the percentage working in the agricultural industry; less than 10% of the land in food production is owned by women. This further serves to remove women’s agency in how the work is done, meaning that they cannot choose ways of working which safeguard their income against the looming threat of climate change.

Addressing the flaws in our food system is vital. One of WRAP’s primary targets is meeting Sustainable Development Goal 12.3 (halving global food waste by 2030), but in doing this we must also turn our attention to ways in which the system overall can be more sustainable. The halo effect of this work must be that women working in agriculture have fewer challenges to overcome, and have more opportunity to be the architects of solutions.

My view that the food system and gender inequality issues go together is not radical or new and there are many front-line activists who have been sharing this message for years. The Paris Agreement reflects the way the two intertwine, imploring signatories to consider gender equality alongside the climate crisis:

Acknowledging that climate change is a common concern of humankind, Parties should, when taking action to address climate change, respect, promote and consider their respective obligations on human rights, the right to health, the rights of indigenous peoples, local communities, migrants, children, persons with disabilities and people in vulnerable situations and the right to development, as well as gender equality, empowerment of women and intergenerational equity.

No one suffers from a more sustainable approach to production – but the system urgently needs transforming to protect women.

Conversely, everyone suffers if we continue on our current trajectory. For instance, by not practicing regenerative agriculture, nutrients and organic matter are being stripped from soils which makes them less productive and more prone to being washed and/or blown away (and less able to store carbon). For the women toiling and planting in the fields, this means work takes longer, and viable land becomes increasingly hard to come by.

The dangers go beyond this. When agricultural work becomes harder, the risk to women’s safety increases. A 2020 report by the International Union for Conservation of Nature (IUCN) makes clear that “the damage humanity is inflicting on nature can also fuel violence against women around the world”. It argues that increased scarcity of natural resources will mean that women and girls will be forced to travel further to collect the materials they need for food production, increasing the risk of gender-based violence.

All humanity is facing the consequences of climate change, but those in positions of privilege are (for now) able to outrun them. We have a responsibility, but better yet, the ability, to tackle the challenges of shifting our food production to a net positive system in a way that specifically focusses on equality and justice. By doing so, we can lift millions of women out of poverty, ensure access to education, finance, and technology, and build a fairer, more resilient, more equitable food system. 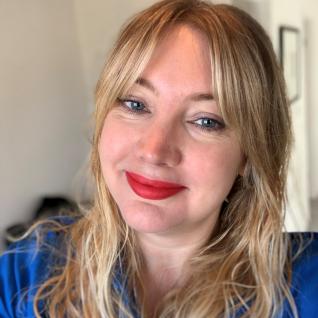 The challenges of 2020 and the once-in-a-lifetime opportunity it presents the world Collaboration, commitment and courage. The ingredients we need to tackle food waste and achieve UNSDG 12.3.